At the Drag Races

Back To Crusin 605
Back to Tom's Page 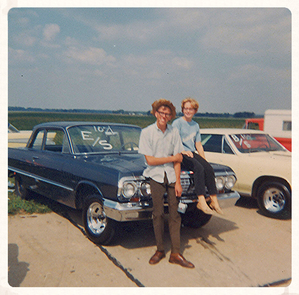 Drag racing has been a great hobby for many car guys and gals over the years.  From the 1950's and well into the 1970's it was a fairly affordable sport that a young person could enter into without a huge investment.  Of course, the faster you wanted to go, the more money you could expect to spend.  Most of these photos are from the 1960's and 1970's in the Sioux Falls area.  For many years, the closest actual drag strip was at Sioux City, IA, on an unused airport runway.  Sioux City Dragstrip closed around 1967.  In 1967, Glenn Rapp opened Thunder Valley Dragways near Marion, SD; that track still operates today. In the early 1970's there was a dragstrip at the Sioux Empire Fairgrounds, in Sioiux Falls, which only operated for a few years. Below you will see a collection of some local drag racers in action from the late 1960's to the early 1970's.  Most of these photos are from Thunder Valley Dragways, with a couple from the old Sioux City strip. 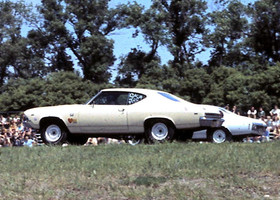 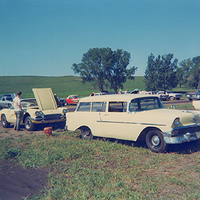 Keith Gunderson had this neat race package in 1967: a 61 Corvette which he towed with the color-matched 56 Chevy 2-door wagon. 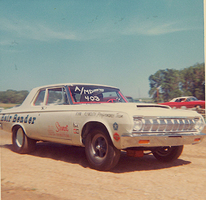 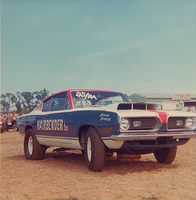 The Hairbender Too was a factory built, 1968 Hemi-Barracuda race car, campaigned by Stewarts School of Hairstyling. It's still in Sioiux Falls.(1968) 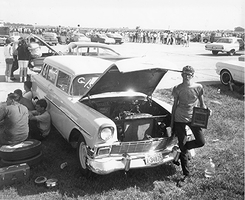 In this scene from Sioux City Dragways, Tom Olsen had just won G/Stock with his 56 Chevy wagon at the 1965 NHRA Points Meet. 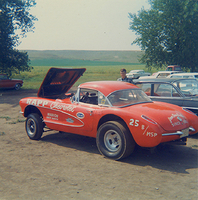 Glenn Rapp owns Thunder Valley Dragways, where this photo was taken in 1967, as Well as Rapp Chevrolet. This was his 56 Corvette which he has raced for years. 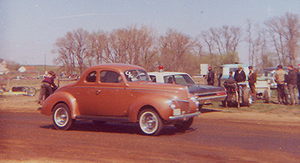 Bernie Larson built this Chevy powered 39 Ford in 1957 after a stint in the Navy. He still owns it today! Bernie doesn't race anymore, but he does bring the car to cruise nights in the summer. This photo at Thunder Valley Dragways in 1967 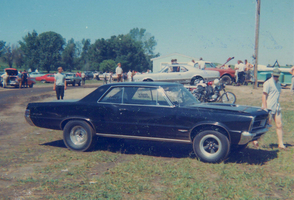 "Fast and Loud" would describe Larry Lungren's 65 GTO seen here at Thunder Valley Dragway in 1967. Larry drove this on the street and also raced it in Modified Production classes. 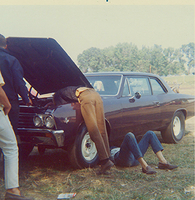 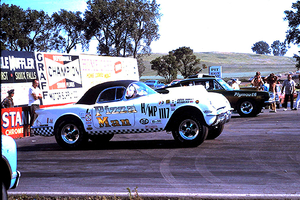 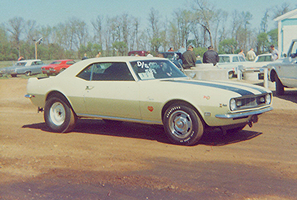 Jack Griffin bought this 68 Z-28 brand new for the sole purpose of racing, and did so for a few years. It's been restored to as new condition and is still in Sioux Falls.(1968) 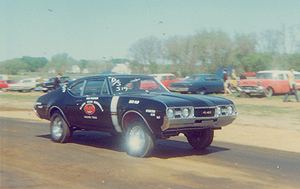 Ron Thorson, formerly of Sioux Falls, raced the "Mother Skunk" Olds 442 for several years. This photo is at Thunder Valley in 1968; Ron's brother still owns the car to this day. 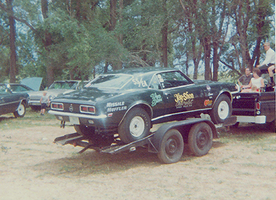 Local Chevy dealer Jay-Shon Chevrolet sponsored their employee, Wayne Sparks and his beautiful 68 Camaro Super Stocker. Wayne was a great mechanic and was one of few people in the area that could tune the early Chevy "Rochester" fuel injection systems. 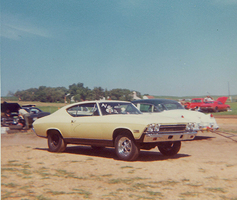 Don Breen raced this potent 68 Chevelle SS396 A/Stocker, seen here at Thunder Valley Dragways in 1968. The car is still in the Sioux Falls area and is awaiting restoration. 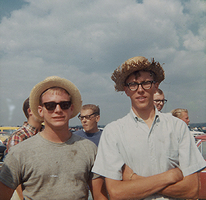 In this photo, Denny Flynn and Tom Olsen (L-R) are at the drag races in Sioux City, IA, in 1966. Each is, of course, wearing his "go to the drag races" hat for proper sun protection. 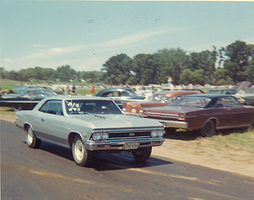 Keith Gunderson raced his 1966 SS396 Chevelle in this photo from Thunder Valley Dragways from 1967. Keith raced several nice Chevys and Pontiacs over a several year period. 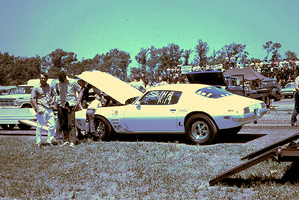 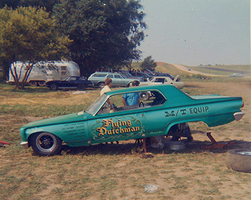 The "Flying Dutchman" was an area car that went on to national race recognition. Al VanderWoudie raced various cars under this banner for years.(1967) 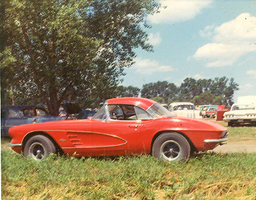 This 61 Corvette was owned and raced by Ron Tysdal, as well as several others over the years. Thunder Valley Dragways, 1967. 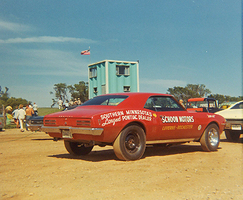 Arnie Tofteland, from nearby Luverne, MN, was a regular at Thunder Valley; he was consistently a strong runner in a variety of Pontiacs.(1968)